Things You Need to Know About Bollywood’s Golden Era

Hindi cinema’s Golden Era is looked back upon with great fondness to this day. From extraordinary films to legendary actors and directors, the era gave Bollywood lovers a lot more than any other period in the industry’s existence. Here are 11 important facts about this period in Bollywood cinema that you ought to know.

When Most of the Classics Were Made

Many films from Bollywood’s Golden Era are considered to be among the greatest ever made even today. Among these are evergreen classics such as Guru Dutt’s Pyaasa (1957) and Kagaz Ke Phool (1959), Raj Kapoor’s Awara (1951), and Shree 420 (1955), Mehboob Khan’s Mother India (1957), and K Asif’s Mughal-E-Azam (1960). Besides being regular features on global lists of greatest films ever made, each of these classics inspired and influenced cinema in the subcontinent for decades to follow. 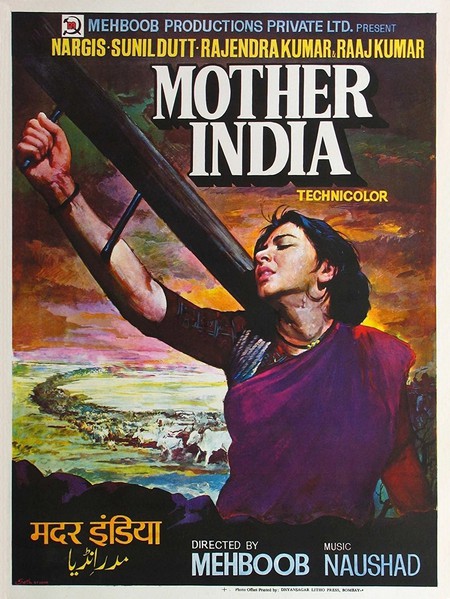 Coincides With the Birth of Modern India

Hindi cinema’s Golden Era started around when India gained independence from Britain in 1947. Many of the film directors, writers, and other artists who pushed the film industry towards its golden age were deeply influenced by India’s anti-colonial and independence movements as well as other political events that led to the birth of the modern India.

Spanned More Than a Decade

Many of Hindi cinema’s most prolific directors came to the scene during this era—from legendary actor-directors such as Guru Dutt and Raj Kapoor to pioneers of the film industry such as Mehboob Khan, Vijay Bhatt, and Bimal Roy.

The Golden Era saw the emergence of many extremely successful and powerful female actors including Nargis, Vyjayanthimala, Meena Kumari, Madhubala, Nutan, Waheeda Rehman, and Sadhana. Male actors from the era are considered incomparable even to this day. Some of the period’s biggest successes include Raj Kapoor, known today as the “greatest showman in Indian cinema,” Dilip Kumar—who pioneered a form of method acting that influenced decades of Bollywood’s biggest superstars, critically acclaimed Guru Dutt, and trendsetting superstar Dev Anand.

While mainstream Hindi cinema was obviously flourishing, the era also saw the emergence of parallel or alternate cinema cultures. Realistic, socially relevant, and poetic, these movies didn’t follow the formulaic storytelling that assured success for many of the era’s biggest blockbusters. Though parallel Hindi cinema found its own golden age later in the twentieth century, movies from this era such as Chetan Anand’s Neecha Nagar (1946) and Bimal Roy’s Do Bigha Zamin (1953) are considered to have laid the foundations.

It wasn’t just Hindi cinema that found its footing during the Golden Era. Bengali cinema, among the country’s most critically acclaimed regional cinemas, saw its own golden era unwind starting the early 1950s. Satyajit Ray, Mrinal Sen, and Ritwik Ghatak—some of the industry’s most celebrated filmmakers to this day—all ventured into filmmaking and made their earliest classics during this period.

Mainstream Hindi cinema up until the late 1940s was mostly escapist and detached from the daily woes of life in mid-twentieth century India. However, with the Golden Era came many highly successful movies that embraced social realities and themes such as challenges faced by the working class and the chaos of urban life.

Critically acclaimed films prior to the Golden Era rarely found commercial success, while films with wide popular appeal were mostly too formulaic to gather critical praise. However, with the 1950s came several films including Awaara (1951), Pyassa (1957), and Mughal-E-Azam (1960), which found immense commercial success while also appealing to critics in India and abroad. Mehboob Khan’s Mother India (1957) earned the highest revenue for any Hindi film from that time, while also being memorable for the many awards it won, as well as for being India’s first Academy Award-nominated film.