Jurassic Park is one of the few movies that have set the standard among audiences’ expectations for modern blockbusters. With more recent installments such as Jurassic World and Jurassic World: Fallen Kingdom falling short of many viewers’ expectations, what exactly made the original so amazing? The answer is largely due to the Jurassic Park cinematography and the direction of Steven Spielberg.

Although the production design, visual effects, and performances all contributed to its success, the innovative techniques used to tell the story set Jurassic Park apart from its sequels. So how did Steven Spielberg use his camera to a larger than life story? Let’s take a trip…to Jurassic Park!

Steven Spielberg’s filmmaking often relies more on story than style. That being said, there are a few techniques that are Spielberg classics. These Spielberg techniques are why Jurassic Park looks better and is more immersive than its sequels.

We dissected one facet of Steven Spielberg’s style that is used throughout his body of work including Jurassic Park: his use of cinematography to establish a character’s “point of thought” and his subversion of the Kuleshov Effect. 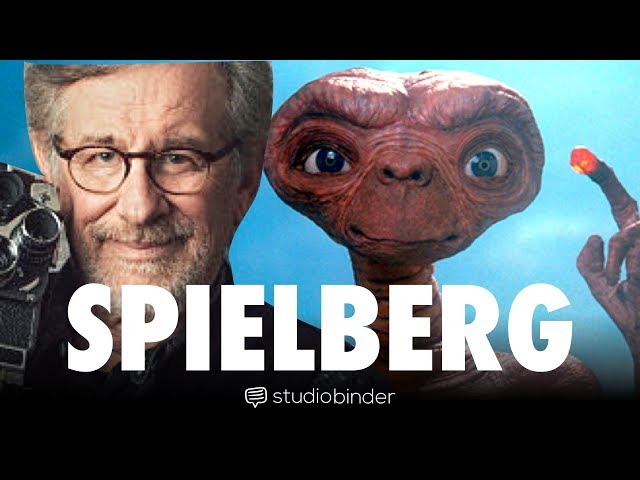 This technique along with many others are why they pay Spielberg the big bucks. His commitment to storytelling results in some of the most engaging movies in history, one of them being Jurassic Park.

​Besides the incredible animatronics and digital effects that awed movie-goers around the world, there are a few trademarks that he has used masterfully in Spielberg’s best movies.

Jurassic Park is arguably one of the most immersive blockbuster movies in history. When it was released, movie-goers left the theatre feeling like they just went on a two-hour rollercoaster ride.

How did Spielberg achieve this? To make the film completely immersive, Spielberg and cinematographer Dean Cundey focused the Jurassic Park cinematography on making the camera another character. They did this with techniques to establish a subjective perspective for the audience.

One of the major Steven Spielberg cinematography techniques that accomplishes this is his deliberate camera placement. By placing the camera in close proximity to other characters within their environment, he inherently places the audience right in the middle of the action.

Spielberg also obstructs the foreground with elements we are familiar with such as car windows and furniture to give us the sensation that we too are hiding from the dinosaurs. This is evident in one of the movie’s most famous scenes in which we first see a T-Rex.

Cundey even notes that this subjective storytelling is one of the Steven Spielberg trademarks. Cundey notes, “He brings the audience right into a character’s face, so they can see what’s in his or her eyes. It’s a way of developing empathy. The camera is always moving, gradually getting closer to the point of danger.”

This is one of the reasons why some argue that Jurassic Park looks better than the more recent Jurassic films. Spielberg commits to this subjective perspective because it better serves the story. Whereas the movie’s successors have favored wide shots that show off more modern and impressive visual effects.

Another example of classic Steven Spielberg trademarks is his masterful character blocking and staging. With an average shot length of 6.6 seconds, Jurassic Park contains longer shots than most modern day adventure films. This is accomplished by Spielberg’s dynamic blocking and camera staging.

Take the scene, for example, when Grant first meets Hammond’s grandson, Tim. Earlier in the film, Grant verbally establishes that he does not like children. In this scene, however, the blocking is what communicates this important character trait. Take a look at how Spielberg directs this scene with a focus on the blocking of the actors. 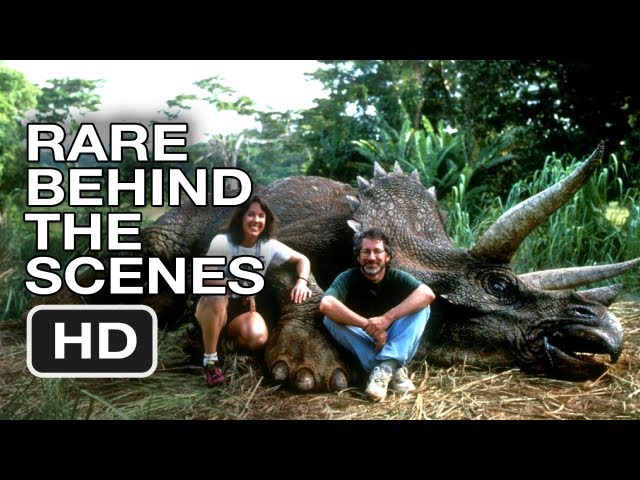 Behind the Scenes Steven Spielberg Style of Filming

Spielberg does this throughout the film. He shows us rather than tells us the story through his character blocking and camera staging. This is what makes the film so engaging.

In this video, we take a look at a how Spielberg stages a scene in Minority Report, as well as scenes from Stanley Kubrick’s A Clockwork Orange and Alejandro Iñárritu’s Birdman. 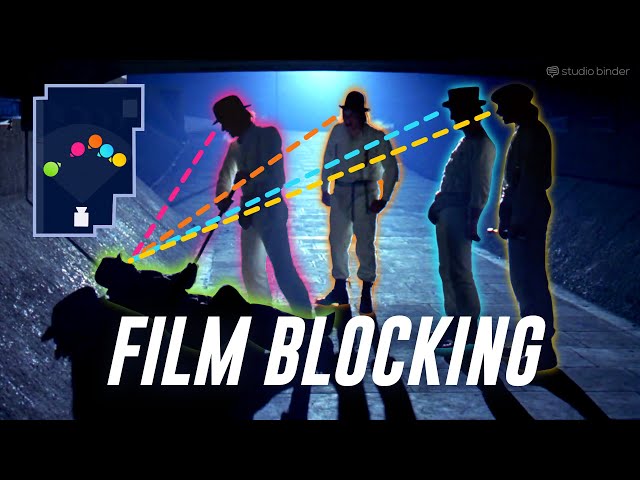 Longer, more engaging shots are one Steven Spielberg’s trademarks that can be found throughout his filmography. It could also be the reason why Jurassic Park looks better and than more recent blockbusters.

Many modern filmmakers rely on fast-paced editing to fit more action into less time. The result is shorter, less-engaging shots. Spielberg avoids this by utilizing long takes with more dynamic blocking and staging. Spielberg also locks us with another trademark: reaction shots.

Jurassic Park is an emotional rollercoaster, full of wonder, fear, laughter, and courage. Spielberg utilizes reaction shots to elicit these emotions in the audience. When we see the characters in the film react a certain way, those same emotions are accentuated in us as the audience. In classic Steven Spielberg style, the reaction shots are often close-ups that fill the frame with a character’s awe or fear.

The close-up shot is one of the most notable Steven Spielberg cinematography techniques that can be found throughout his work. Why? Because the close-up not only displays a character’s emotions, but creates empathy and connection with the audience.

Holding on reaction shots is one of the most notable Spielberg techniques — just long enough so that the audience leans in. The best example of this is the first time Grant, Ellie, and Malcolm see a dinosaur.

Just imagine if Spielberg had cut immediately to the dinosaur after Grant stands up. The audience would not be as curious or engaged because they already see what Grant is looking at. Although the Jurassic Park cinematography is well done in this scene, the editing decision to hold on Grant’s reaction is what truly elicits curiosity in the audience.

Ultimately, when the scene cuts to the next shot revealing what the characters see, the payoff works because of the next element that made Jurassic Park the classic it is today: scale.

« Dances in New Zealand Which Embody Local Culture
What is Post-Production? A Quick Rundown & Why Trust Matters »
WP2Social Auto Publish Powered By : XYZScripts.com