The origin of the name ‘belly dance’ comes from the French Danse du ventre, which translates as “dance of the stomach”.

Sol Bloom is said to have been the first one to use the English term belly dance, for the dancers of the Chicago’s World Fair in 1893. Belly dance is also often referred to as “oriental dance” and also sometimes raks sharqi.

This is Arabic for “Dance of the east”. The term Dance du ventre, from which belly dance originates, had originally racist connotations so there is currently a debate going on about whether the term belly dance should still be used. 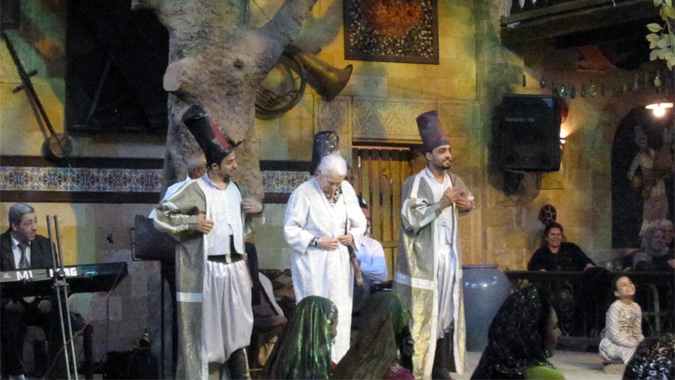 The Arabic for oriental dance, raqs sharqi, seems lately to refer to one particular style, which does not include dances such as raqs shaabi, baladi or American tribal.

While I like this term, I do not think that it is right for every type of what we call ‘belly dance’ as, for example, tribal is done in groups and also raqs sharqi, when it is performed outside of its countries of origin, is sometimes performed in groups and to a choreography rather than being improvised.

Also, SITA could refer to many other dance forms that we would not consider ‘belly dance’, such as Moroccan shikhat.

Origins of the Dance

According to some, the dance form that today many call belly dance is extremely old and traces of it can be found up to 6,000 years ago, in some pagan societies who used to worship a feminine deity, to celebrate women’s fertility as something magic.

However, there is little evidence that early pagan rituals are in any way connected to belly dance. This type of dance is supposed to be indeed good for preparing women’s body to give birth, but there does not seem to be proof of any link to ancient fertility rituals.

In spite of this, there has been a tendency, in the last 40 years, to associate belly dance with spirituality and the power of the feminine.

This may be due to the fact that the feminist movement, in the 1970s and 1980s in the USA, rediscovered belly dance as a form of dance that empowers women.

What we called today belly dance, seems to be the specific type of dance that comes from Turkey and Egypt.

By looking at the specific movements of belly dance, some say that there could have been an influence coming from India. Indeed some movements, such as the head slides, are found both in Indian dance and in belly dance.

Hence, it could be that populations migrating over the centuries from India to the Middle East and northern Africa brought their dance traditions with them, influencing the way local dances developed.

« Poetry through the ages
Prithvi Theatre Mumbai- All you need to know about »
WP2Social Auto Publish Powered By : XYZScripts.com