Most Important Plays Every Actor Should Read

Home / Blogs / Most Important Plays Every Actor Should Read

It’s becoming increasingly more unpopular for actors to read plays. Thespians seem to forget the people responsible for creating the art form of drama, and that’s only to the detriment of their own careers.

When it comes to theatre, some will normally watch the performance on stage, if that. But the biggest issue is that by avoiding masterful work of great playwrights, actors avert themselves from developing their creative skills, expanding imagination, and learning roots of the acting craft in itself. Finally and most importantly, actors that do not read plays on a regular basis will not comprehend how theatre is made and how words are bestowed with life when transforming written material into performance.

Another good reason to read plays is to continuously stay on top of the oeuvres that you might be offered by stage casting, directors and producers. Whether you’re a regular stage performer or a thespian looking to start a journey in theatre, expanding your knowledge base of what’s out there will always put you ahead of your competition.

Nobel Prize-winning English playwright Harold Pinter wrote the famous play Betrayal in 1978, and since then, dramatic critics have considered this to be his most important work. What actors can learn from this is how to find most efficient, clear and effective ways to deliver the idea to the audience and communicate whatever is going on in the scene. It’s difficult, and fun.

A historical tragedy play from the great British playwright William Shakespeare was written around the time of late 1500s, and was a conclusion to Shakespeare’s first tetralogy. Richard III is playwright’s second longest play in the canon, right there after the famous Hamlet, and is one of the most important plays every actor should read. 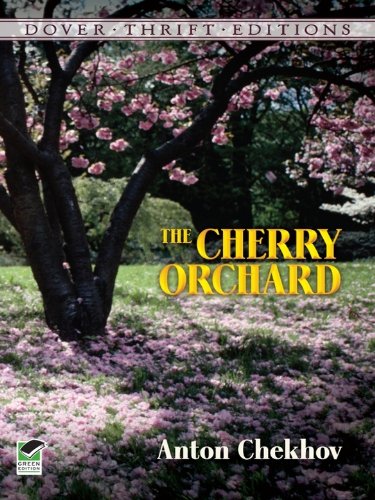 The Cherry Orchard
by Anton Chekhov

Named as a comedy by Russian playwright Anton Chekhov, The Cherry Orchard is his last and one of the most famous plays, which first opened in 1904 in Moscow. However, due to lack of farce in the material, Konstantin Stanislavski directed it as a tragedy. Almost any actor will eventually run into Chekhov’s work, and rest assured, The Cherry Orchard will be there somewhere.

The Pulitzer Prize winning play by American playwright Tennessee Williams is one of the most known to actors everywhere. It was written in 1947, and put Marlon Brando’s name on the map. The play continues to have great presence in the theatre scene even today, and actors who can spend time with the original characters on paper will never regret doing so.

The Clean House
by Sarah Ruhl

It’s important to throw in some modern playwright work, and Sarah Ruhl’s play The Clean House fits perfectly. Whimsically romantic comedy first premiered in 2004 at Yale’s Repertory Theatre, and has since been produced in many cities in the United States, and it’s still popular in many different theatres.

« Ancient theatre art forms from India
What does a Production Manager do? »
WP2Social Auto Publish Powered By : XYZScripts.com