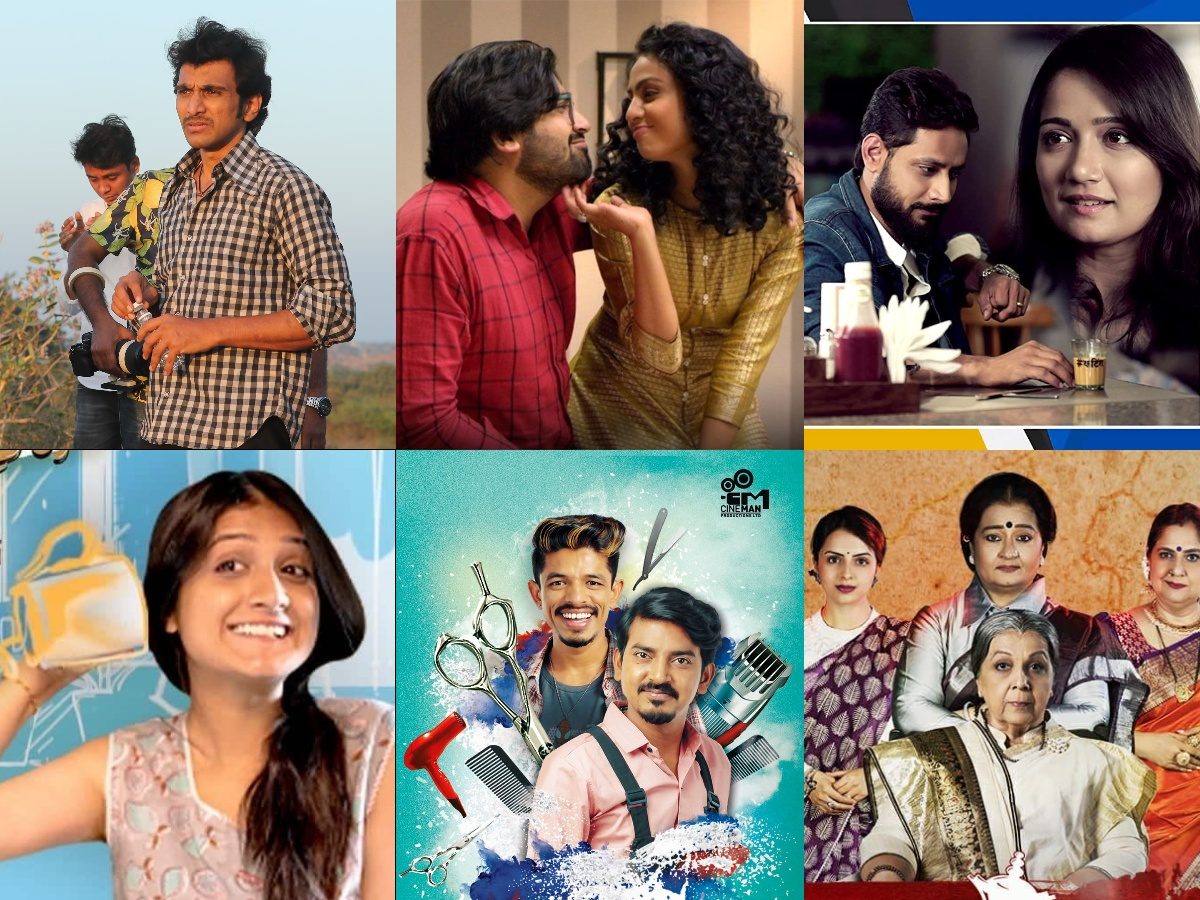 Remember Khichdi and Ek Mahal Ho Sapno Ka? The latter, a remake of the hit Gujarati TV series, Sapna Na Vavetar, went on to become the first Hindi fiction series to reach 1000 episodes and is one of the longest serials on Indian television. Post that, for the longest time, viewers were starved for good Gujarati-centric content. Also sadly, the Gujarati film and TV industry have been in two different leagues. While Gujarati films have been making waves globally with its unique content, the TV industry was often criticised for its lack of originality. However, the introduction of Gujarati web shows in the country has brought in a fresh wave of new and innovative content.

Over the past few years, OTT platforms in India have gained immense popularity especially among millennials, but there was a huge requirement for platforms in regional languages. While others forayed into it almost immediately, the Gujarati industry took a while, until the arrival of new streaming platforms OHO Gujarati and ShemarooMe, now giving the viewers what they want! In fact, OHO Gujarati started with a bang in May ’21, promising a new premium original show to be launched every 10 days!
So, here’s a list of the highest rated Gujarati web shows that you must definitely check out!

1. Vitthal Teedi (OHO Gujarati)
DIrected by Abhishek Jain, this show features ‘Scam 1992’ star Pratik Gandhi as the protagonist, from humble origins who has an exceptional skill with playing cards. Set in the 1980s, he is shown to be an invincible gambler, however, when he decides to join the big leagues to get a taste of city life, fate throws him a curveball. He faces extreme competition from the city, where not his luck, but skilll as a poker player keeps him afloat. In fact, this coming-of-age script screams out that poker is not a gambler’s game, but a game of skill. Apart from Pratik, the series also stars Ragi Jani, Prashant Barot, Prem Gadhvi, Brinda Trivedi, Jagjeet Singh Vadher, and Shraddha Dangar in key roles. This 6-episode series has been garnering great reviews for its unique script, performances, direction and great background score, with an IMDb rating of 9.5!

2. Kshadyantra (ShemarooMe)
Directed by Urvish Parikh, this is an intriguing thriller drama that provides an insight into political powerhouses. The story revolves around Panna Patel (played by Apara Mehta), who is shown to be a master of politics and has been the CM for 15 years. In a sudden turn of events, post her death, everyone in the family wants to be stakeholder of the chair, the top contender being her elder sister, played by Rohini Hattangadi. The episodes end at gripping cliffhangers and can surely compel you into binge watching! With an IMDb rating of 8.7, this 8 episode edge-of-the-seat thriller series with stellar performances is sure not to disappoint.

3. Bas Cha Sudhi (Jio Cinema, Hungama Play & ShemarooMe)
This is an older show that came out in 2018 and has 3 seasons so far. This romantic, Gujarati web series, is about two people who meet at a café and become best friends, but are unable to confess their true feelings. With Ruhan Alam, Jinal Belani and Bhumika Barot in the lead, this light- hearted series has an IMDb rating of 8.8 and is definitely worth a watch!

4. Cutting (OHO Gujarati)
Directed by Pratik Kothari and written by Abhinav Vaidya, Cutting is a comedy series revolving around two brothers (played by Mayur Chauhan and Hemang Shah) who run a men’s salon. The story follows the everyday adventures and misadventures of the two brothers and their customers, hailing from different backgrounds and going through quirky issues. Along with getting the perfect look, they also get an almost-perfect solution to their problems! Though just a month old, this series has an IMDb rating of 9.7 (yes!) and is worth taking a chance on!

5. Do Not Disturb (MX Player)
Directed by Sandeep Patel, this 2019 rom-com series features Malhar Thakar and Manasi Parekh Gohil in lead roles. This light-hearted, contemporary show is about Maulik and Meera, a newly married couple. Traditional Maulik is shown as a foodie and party-goer who keeps his parents above everything and loves his wife. On the other hand, Meera is a Gujarati girl but a ‘Mumbai-chi mulgi’ at heart, who is modern, progressive and adores her husband. The series brings together some evergreen, fun banter with intimate conversations, differences of opinion and the couple’s triumphant stride through it all. This cute, fun show having 2 seasons so far, will give you a very ‘Little Things’ vibe. The chemistry between the lead pair is heartwarming to see and this series too, scores an 8.8 on the IMDB meter!

6. Kadak Meethi (OHO Gujarati)
Directed by Anish Shah, this is a series of quirky, unfiltered and heartwarming conversations between a mother and daughter. Starring real-life mother-daughter duo, Aarti Patel as Mayuri (the mother) and Aarohi as Shivangi (the daughter). Shivangi is a much pampered child, who has always lived with her parents and moves to Mumbai to pursue her career and passion. Her worried mother initially panics, but later finds a new found friendship with her through phone calls. This unique, heartwarming show has an IMDb rating of 9.0 and should definitely be on your watchlist!

« The Origin of Scooby Doo
Oldest Musical Instruments in the World »