Folk Culture and its Significance in Contemporary Society

Home / Blogs / Folk Culture and its Significance in Contemporary Society 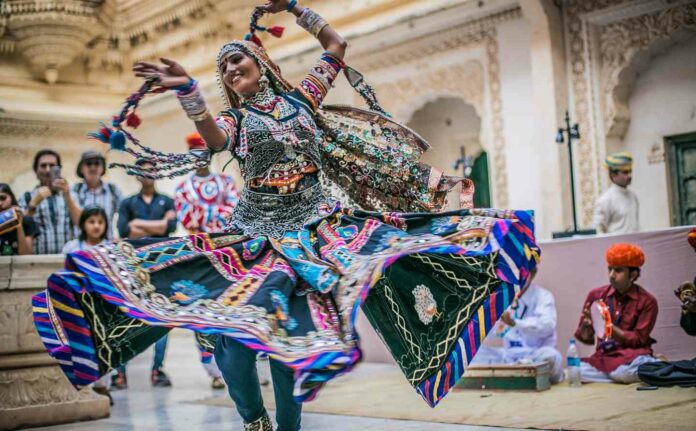 The meaning and scope of culture in the context of a society are quite extensive. Culture includes belief systems, dress sense, cuisines, dance and music, literature, thought process, superstitions, interests, festivals, language and everything relating to a society. It is the collective behavior of a particular society. Obviously, culture can’t be constant for all the ages; it changes its color along with the evolution of the society. What was the culture of a society few hundred years ago, that may not be culture of that society on the current day and age. It is quite natural, because, society is bound to change due to various factors and being correlated to society, culture also gets a new form invariably.

However, society or culture of the present day is not entirely independent of its past. In fact, our past has a huge role in shaping of culture of a contemporary society. Sometimes it may not be clearly grasped, but, no one can deny that a big part of our present culture is inherited from the past. If we want to understand the present, we need to look back to our past. In this context, importance of the study of folk culture comes into the fore.

Even the most evolved society carries some remnants of the past; we may name it tradition, heritage or folk culture. Folk culture usually denotes the culture of the primordial period of a society. It definitely indicates the past of a society and is not related to the current stage of that particular society. Academically, many scholars may opine that the scope of the folk culture may not be that wide. In a brochure of the ‘Folklore society of London’ established in 1878, it was said that it includes traditional institutions, faith, art, behavior, fable music practiced by the lower class or by the uncultured class of an evolved society. It seems the initially folk culture was not put in a higher niche, rather it was looked down on. Contrary to this notion, however, folk culture helps us enormously to understand the psyche of the society, particularly, the study of folk culture can be very useful to understand the nature of evolution of societies.

Now, it is seen that folk culture is generally related to the past of a society. In this context first question will arise how the folk culture can impact the present day society, if it has nothing to do with the current period? We have already discussed a little how the study of folk culture can be useful in this age also. Now, we shall try to elaborate the significance of folk culture in contemporary society a little more.

It denotes identity and root of a person:

Now a days societies is normally heterogeneous. Members of a society may hail from different geographical and racial origins. Such features are evident, particularly in the urban societies. Apparently in such a complex or hybrid society, it is quite hard to distinguish the origin of one person from another from their day-to-day social demeanor. However, every person carries more or less some specific inherited traits or practices from his or her forefathers.We may term these practices as traditions which is actually an offshoot of the folk culture of the original tribe/community to which he or she belongs to. So, if we observe a person close enough we can easily determine his actual root or origin. In this context study of folk culture can help us many ways.

It denotes root of a particular community or tribe:

In this modern age, even a tribe who tries to keep its tradition and culture intact, is bound to make some changes in its existing culture so that it can adapt itself to the demand of time. In this age of globalization and liberalization, no civilized tribe/community can isolate themselves from others. But, consequently, the community may lose gradually their inherent traits in that process of adaptation. So, apart from the specific physical features what distinguishes a particular tribe from others, is its folk culture. Folk culture acts as an identity of the particular tribe. However globalized or civilized a tribe may be, there are some remnants of ancient culture among them and generally they try to make it alive, because, these are the basis of the existence of the tribe concerned. Practicing of folk culture helps to make alive the homogeneity and the sense of belonging among a tribe or community. On the other hand, outsiders of the community can identify them with the kind of folk culture they practice.

It adds new dimension and diversity in a society:

In modern day, a society comprises people from different ethnic, linguistic or geographical origins. It’s like a couple of glasses of water with different colors put in a single vessel. Here, the end result is completely different from its components. Similarly, in a heterogeneous society different groups of people having different sets of cultures combine together to become a new kind of culture. However, the process of assimilation may be at different stages in different societies.

On the other hand, the intention of keeping one’s own folk culture intact results diversification of the culture in a heterogeneous society. It smears multiple hues in the social fabric which makes a society very vibrant and interesting.

It shows connection of people with nature:

« OTT Platform Vs Theatres: Which one is the future of Movies?
Team Aniradichita performs at “Fun Street” organized by Legal Saviour and DLSA »
WP2Social Auto Publish Powered By : XYZScripts.com